I came to France a week before the race, together with my friend Jennifer Asp. Our plan was to check the course, run, enjoy the area and prepare for the race. It didn’t really go as planned. I felt I caught a cold on the plane. Travelling is often a cause of me getting ill. However, I had an easy first day hiking a bit while Jennifer ran. My foot wasn’t good either, I don’t know what is it yet, but will check it as soon as I get home. Olivier Coudert, the race organizer helped me borrow a moutainbike from a local woman. Oh god what thankful I am for that!

The next coming days I rolled around discovering the beautiful area of Plateue des Matheysin without feeling the foot. Lucky with the weather too, a lot of sun and views of the mountains!

Closer to the race I felt better and better with my health, still a bit irritated in my nose, but that’s usually fine. But my foot was exactly the same. I decided to wait until the morning and see. Jennifer and I loaded with food in our plastic lunch boxes the night before. But I got really stomach ache that evening and had a bad sleep. I woke up, still with a hurting stomach. Fuck. Now deal with more things! Maybe there were bad bascillus in the food boxes, or we just had bad luck…

We got to the starting area and it was a great atmosphere there. Fun to meet all skyrunning friends again, and new ones. I wasn’t on a very good mood though. Feeling anxious about my foot. I don’t want to be injured for long because of a race. I warmed up, jogging back and forth and my thoughts did the same. 15 minutes before start I called Lina and cried. I didn’t know what to do! -Race or NOT? Ofcourse she couldn’t take the decision, but said it is not worth to be injured!
When I thought I had made my decision of not racing I saw myself even so, standing on the start line.. Oh well. Let’s do this then. Everyone ran. The first 2 kilometers were flat. I couldn’t run fast there. When the uphill started, I could finally find some flow and gain positions. But my aim now was only to get to the top, and then see if I was able to run down or quit and walk.

It was rainy and foggy, really cloudy, but I thought that was pretty nice. I had seen the mountains the previous days, and think that it’s easier to focus in the moment in rainy weather. I found a calm in myself and tried to relax in my feet and tip toe with a good frequency. The trail was wide and grassy at some parts and soon small zigzag and a bit muddy further up. Higher and higher we came the trail got steeper I had to walk and bending forward, making my stomach ache worse. But I just accepted the situation. I will not be in the top field this day, but I can move forward in some sort of run, that was what I wanted to test. So I enjoyed it and ran for those who can’t.

I think the stomach steeled quite some of my energy. And after the zigzag it got steep and grassy and I got a flash back from RedbullK3. (Now with another name). A three times VK on 9kilometers. One of the toughest races I’ve done. And this section reminded me of the middle part where you crawl up using your hands in the grass feeling like a monkey not coming anywhere.

When the first little downhill came I tested the knee and foot because I knew downhill would be the most critical, and took it really easy. A girl flew past me. But it didn’t bother me. Now more climbing again, and the snow section and technical part begun. Again, using hands to climb up on the soft snow. And soon came the ropes. This was crazy. Downhill and it felt like a snow wall. I turned backwards and sort of repelled down. Happy that I brought gloves. I hold the ropes, one in each hand, leaned backwards and abseiled down. That was pretty exciting. When the ropes turned into one single, I slide down sideways feeling I stood on a snowboard. So fun and crazy, a mixture of fear and excitement. The snow was really slushy. I sat on my but the last meters before it got runnable again. I was lucky there were only two guys in front of me, not disturbing my pace. Cause I heard Jennifer and others in the back had to stay in que for that part of the course.

The ropes continued but uphill. I like climbing snow. Step by step in snow stairs. Soon we came out on a rocky ridge which wasn’t so long, but real fun, this course had everything! And then slushy snow for downhill again! That did good for my foot. It got cold and I didn’t feel pain. The run now brought me back to Hornindal Rundt 70k in Norway which I ran in 2017. We had the same weather then with no visibility, and much snow on the course. I was happy and enjoyed seeing only the next marking in front, running into the unknown. With the red little flags, I also felt that I ran on my home trails on Mount Åreskutan, and the race I organize myself, Åre Trail, where we also mark with red flags, and last year had plenty of snow. That warmed in my heart a bit!

As I got further down in the descent the trails got visible and I soon reached the tree line. It was again a zig zag, rolling soft trail. I couldn’t push with the foot, but got a nice flow and stretched out as the trail got more and more fast runnable. I imagined I was running together wirh Lina in the end of TransAlpineRun, the forest looked like it. And that made it more fun and gave energy.

I must say the 2 last kilometers were tough.. flat dirt road. Not my favorite. But knowing I actually came around the cool course this day made me satisfied and proud what so ever. The result was not anything I cared about, I was happy I took the decision to run! In the finish my stomach turned almost inside out, and I hurried back a tent to throw up. It didn’t come anything, so I sat down and breathed for quite some time. I saw the flower ceremony was going on. Weird not taking part. But that’s also a part of racing. Being on the side. Having bad days or even weeks.. Being able to handle it and come back stronger.

Now I will come home, my stomach is hopefully soon feeling better, (btw, both Jennifer and I threw away the plastic food boxes. Never eating out of them again..) I’ll check my foot and see how it evolves.

Lina and I will come back and you’ll see us on the mountains together soon! ELKOTTWINS ELKOTTSONTHERUN TWINITTOWINIT EATGREENRUNMEAN ÄTFÄRGSPRINGBERG
Hugs SANNA
Picture by ROGER SALANOVA / FOR MIGU RUN SKYRUNNING WORLD SERIES 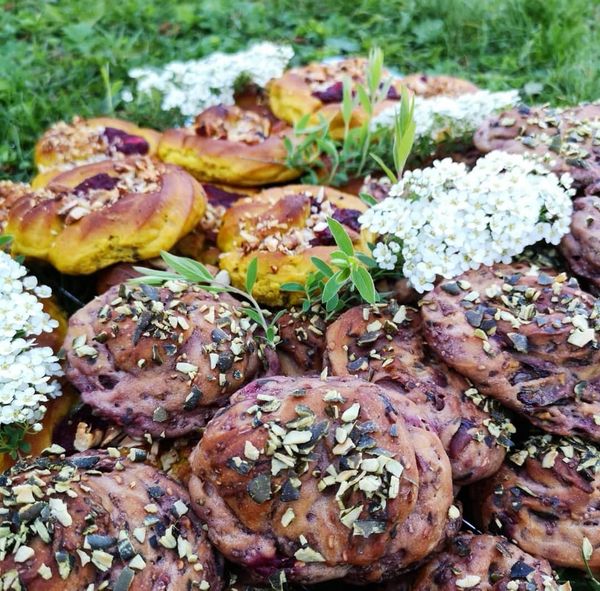 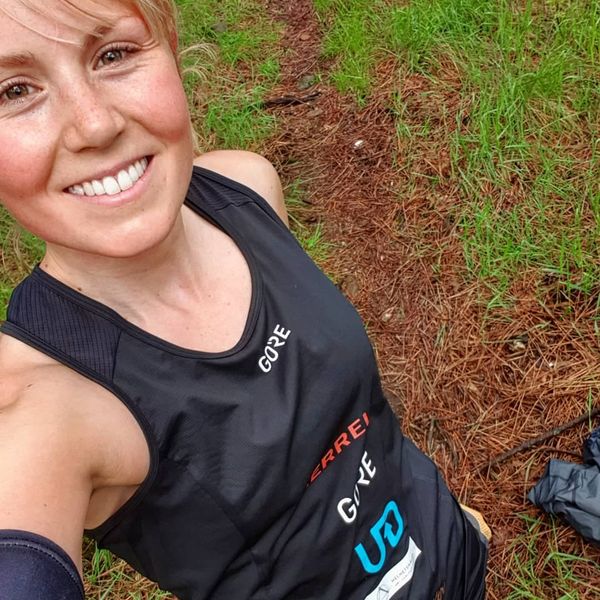 Training Camp for World Championship in trail running in Portugal, a hurt foot, home sweet home together, but also soon time for the first skyrunning race!