World Championship in Vertical and Skyrunning

in the Ossola Valley

I start with a wise word from myself to you. Don’t eat gelato in Italy the day before something important. You’ll get to understand why soon.

Three disciplines, 3 different routes, 3 organizers with one championship. The idea is great. But the logistic were a bit complicated. Every time we were going somewhere, we had to message or call someone to find someone that could drive us. The roads are serpentines, the village is 30 minutes down by car, and the races 40 minutes there, 50 minutes there, close, but still so far away.
However. We got to borrow a flat pretty close to the start of the skyrace course. We have run the Veia skyrace a few years ago before. It felt good to be familiar with it. The day before the vertical race all countries gathered down in the city of Domodossola to go the flag parade.

We were a bit early there, so after strolling around for quite some time glancing at the different gelato shops in literally every corner of the town. We had a cup with two flavors each. Stracciatella and Fragola. Yum. I eat about 90% plant based nowadays, but an ice-cream here and there or an egg sandwich goes down sometimes. The evening went by and I got some stomach ache. Felt an unpleasant feeling but couldn’t put the finger on what was wrong. As night came, I couldn’t sleep at all. Just turned every minute and was hot, cold, hot, cold. In the morning I wake up and went to do the morning pee. After I had cleaned my face and stretch to wake up, my whole world turned and I was about to faint. Shit. I hold on to the door and the basin.

In a second I was just so nauseated and dizzy. I crawled to the sofa and everything just spinning even more as I laid my head down. What the fuck is happening. Then I threw up. The next few hours I went from the sofa to the bathroom over and over again with help of Lina. I don’t know what food I got poisoned by, but Gelato or any kind of ice cream will not make me drool for a very long time, so to speak…

Somehow, I dressed race ready as the clock turned go time. But the drive down the serpentine roads towards start was a big trigger. We had to stop the car for me to empty some more of my belly. End of details. After this, I felt a little bit better, but very dizzy. I manage to hike slowly uphill and made the day cheering on the course. I felt better and better. Even though I was very sad not to take part on the race, it was a peaceful hike with just me myself and I. And I really felt I did something good when cheering on the runners who struggled their way up. The VK went 3,9 k straight up a ski slope and up on a whider grassy ridge and ended by the ski lift. (That everyone could enjoy down afterwards). The mountains around were beautiful, and I wish to spend a few days skiing here one day.

When Lina came in 5th position, I had organized Pirates of the Caribbean on my phone to really motivated her to push. Though I failed pretty much on this. She didn’t hear what I was playing, and once the song ended another one, not at all adrenaline filled song made its way through the speaker. I manage to run behind Lina, trying to encourage her all the time. At one point she said shut up. So, I didn’t really know where to go. So, I continued to follow her anyway. I was more filled with endorphins than she was. I was probably just a pain in the ass at that moment. The last 1k of a vertical… Very stupid of me, but still, it’s at this point you really need some extra help, right?

She did very well. But wasn’t so happy. She aims for more, and had really nothing to push with, and hadn’t fun at all. And as we say, if you haven’t had fun during a course, even though it is really tough, it isn’t a good day. We know how a right feeling should be. However. She made a 6th place.

Lucky for me there was a day in between the VK and the sky, (which measures about 30k)

Neither my head, stomach or energy were all back in the game as the start time approached. But I was motivated to run in the mountains anyway. What annoyed me most though, was that I could feel some pain in my knee in the downhill. The last training runs the other weekend had been a bit too much on it, and I had actually ended some runs by walking. But naively thought it would be all good on the race…

On the warmup I took it really easy and held my fingers crossed it would work out. The beginning felt good. And as very often Lina and I take the lead. After some time, Lina went off for her own, and I tried not to lose too much distance to Denisa, and two other girls. After about 10 kilometer I felt my speed was about to fade away. I could really feel I had been sick. But I was in a good mood and cheered on the girls who passed me. In the technical downhill that I had looked forward too. I didn’t get a flow at all. And the muscle in my left leg was really tight, so I was worried about my knee.

Suddenly Lina came out from the bushes just in front of me! I got a very bad feeling. She had looked so strong in the lead. I asked her what had happened. And she was stomach sick. Probably had got the same as me. But the other way around. I said to her it can get better through out the course. Don’t give up. Just continued and refill at the aid stations.

I had some sips of coke on the aid stations. And that held my energy up. Actually, I felt I had much energy, but not really any speed, and my knee didn’t let me run fast. As soon as I tried to increase, it got “tense” and hurt. So, in the downhills that I love to fly I had to slow down and this made me very sad. But I continued to run as good as I could without pushing to the limit where it hurt.

I enjoyed the mountain views, got happy from people cheering and the fact I have the opportunity of running here on a World Championship. I made it to the 6th place.
Lina got a silver medal in combined VK and Sky and came 10th in the Sky after a big battle with the stomach. She had a really bad day. But will keep the strong feeling she had all way to the highest point of the course where she was in the lead.

Now I focus my training on recovering my knee, and enjoy life. And looking forward to be all healthy again to the next World Championship in Thailand in November, when I hopefully can perform better with a strong and fixed knee. (The pain is probably due to too much running with too little recovery in between, so no worries about it.) 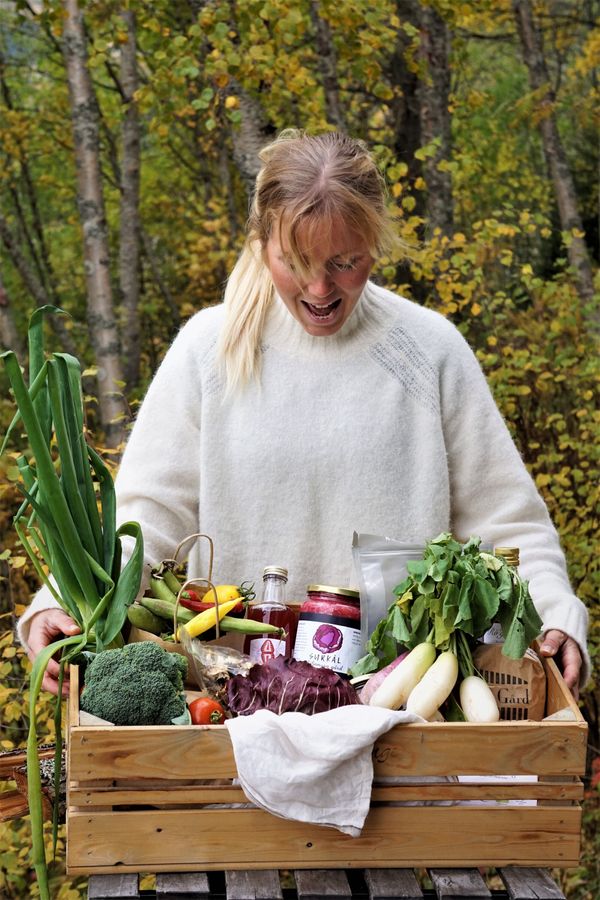 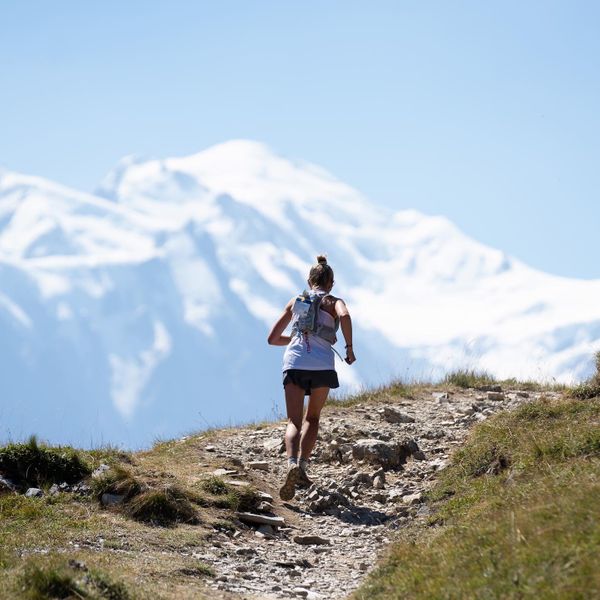 OCC Race Report by Lina. With similar feelings but different performances this is how the race went for Lina.