Finally time for a team race again! Our most memorable races and adventures are the ones we do together. There is something special racing as a team. We love it! We’ve done multiply running races and multisport races, like Trans alpine run, Trans Rockies Run, BAMM, Åre Extreme Challenge, Monterosa Skymarathon, Tour du Rutor (on skis) to name a few.

Pierra Menta winter edition is still on the list, it looks totally epic. But since we race mostly in the summer this version suits us better. It’s a 3 day stage race we’re we will cover around 70 km and 7000 m of elevation gain.

After a whole day of travelling, longer than expected with missed trains, we finally arrived in Areches thanks to Linda from the organization of Pierra Menta Été.

We share an appartement with two guys from France, with very limited English-speaking skills, but it works super well and they are very kind and keep things tidy. We like that! 😉

Lucky us we had one more day here before the race, always nice to have to not race directly after a long travel. So we ate breakfast with our room mates which was provided by Pierra Menta. We’re in France so of course it was baguettes and croissants. A bit unusual from our own brekkies, but it was good and we don’t complain. The basket with the morning package was really cute actually.

The day before a race we are chillers, but anyway like to do an easy run to shake up the legs a bit. We had a great time and got in a good mood. Having a shower after living in a motorhome for weeks is real luxury and we enjoy it sooo much! After run shopping and lunch prep is also fun and then get bibs, race briefing, dinner, prepare race clothes and bags and time to sleep.

Race start was postponed to 07:30 instead of 06:30 so we could sleep a little longer (to 04:50 haha) we picked up breakfast bag at 05:00, had our baguettes and also had bought some fruit and muesli. Dressed, chilled a bit, had an espresso and jogged to the start 45 minutes before. We both felt really tired though but longed to be out on the course, when our bodies hopefully would have woken up! 15 minutes before start we shared a Torq fitness gel. I think it’s really good to have a little kick in the start since they often are quite hectic.
We zigzagged our way to the front and met up with Hillary Gerardi and Fiona Porte. It looked like they would be our biggest rivals for the day, but they also just came from hard races the week before and you never know how much recovery you need sometimes.

Off we went and my mission was to stay as close to Sanna as possible since she is the race horse in starts! My legs were totally clogged and it felt awful. But in team races I tend to always perform better than by myself so I just tried to keep up with Sanna who wanted to pass everyone when we after some asphalt came into a narrow and steep trail.

We succeeded doing so and had found a good position without having anyone in front that slowed us down. My legs still felt heavy and I yelled to Sanna that they felt like two over filled sausages. Hers did too. We managed to keep up a solid pace anyway, it was only uphill and since I dread the downhill I tried to do my best where I have some self-confidence. We came up on a ridge with beautiful views, which was a surprise since we started in fog and some rain. Still cloudy though, which we like!

Many people were out cheering, it was a great atmosphere and we had really fun. The first downhill was pretty short and it which was good since my legs still didn’t respond as I wanted. We both decided to take a gel after 8 km. And wow it kicked in! Some more uphill and then downhill again and it felt better! It was soft trails with grass and just some rocks and roots here and there (and some places everywhere), but really good trails we like! It almost felt like in Scandinavia.

A guy with a camera decided to follow us and it made me stronger and focused to keep a steady pace. Two mixed teams had passed us but I didn’t want to let them away too far so I always had them in sight. Sanna wanted me in front in the uphill since I was a bit faster today. “This camera kills me!” she said. Because the camera guy, who was filming for the Live broadcast still followed us. Time to take another gel! “I’m too tired to even get one from my pocket!” Sanna muttered. I tried to cheer her up and after that we both was in a good spirit again.

We were with the second mixed team at the next top and I decided to try to keep up with them in the downhill. Surprisingly they slowed down and we passed them. Now my legs finally were full of adrenaline and energy and for once I had so fun jumping downhill on a trail!

We had no idea where the other women teams were but had no intention of letting anyone pass us. This time I also had a watch so I could see how far we’d come. That was motivating! Since we have done so many team races, I always have those memories in my mind on other races, it really helps to have some experience. On trans alpine run for example, we always put in an extra gear when there are the final 5 km, we know how it feels after 6 days of racing hard and still have energy to push those last kilometers, and it’s so fun!

Zigzagging down in the forest, out on some roads with more people cheering, a last 200 m of elevation and then only downhill on the trail we ran the day before. Familiar is always nice on ends of races! Hearing the speaker saying our names and running happy side by side to a finish line is such a good feeling!
We had a blast on this course and are looking forward to the coming days which will include some more technical parts with via ferratas. Though respect for the other women team, they are very strong too, so we don’t take anything for granted here.

As Sanna wrote in the previous post/race reports in Norway, we have been struggling a lot with stomach pain the last year on races. And are now experimenting a lot to find something that may help. For example, we’re not as strict as eating 3 hours before start anymore. Many times, I have been completely empty when starting a race since I have this “running stomach” which don’t want to keep anything in the morning. Now I have even started to eat something little just one hour before if I feel that I need it. We don’t drink so much coffee either, but just a little caffeine helps to be in racing mode. Normally my breakfast consists a lot of fruit, berries and nuts, but on race days my stomach just can’t handle that much fibers so now I actually feel better to eat some bread with salad. And perhaps some muesli like this morning.

I also try not to be stressed up. I want to be calm but energized.

Today I was easy with drinking. It wasn’t so hot so I felt I could manage to run 26 km without getting dehydrated. I sticked to my three gels from Torq fitness which I just started to try and so far, I really like them! I just had some sips of water and I didn’t get any cramps. Though other races have been longer and I have experienced that it’s often AFTER about 25 km I get this weird stomach cramps which makes it impossible to run… But I’m hopeful for the future and happy I didn’t get it this time and I will continue to work on this.

After the finish I think salty crisps, some orange and nuts and water are the best. Then shower, feel fresh, rest a bit, then eat a good lunch. Then rest more, have some snack, and keep resting to feel good for another day of running tomorrow! 😊 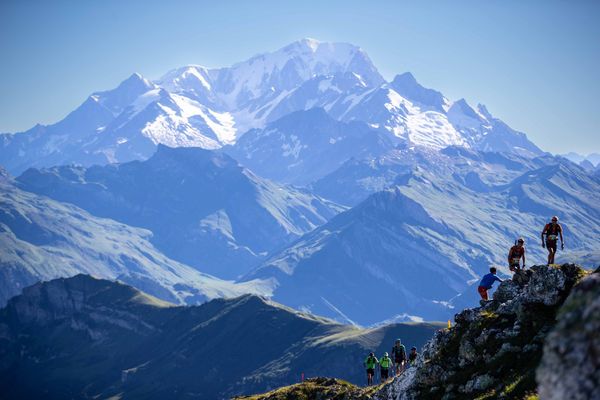 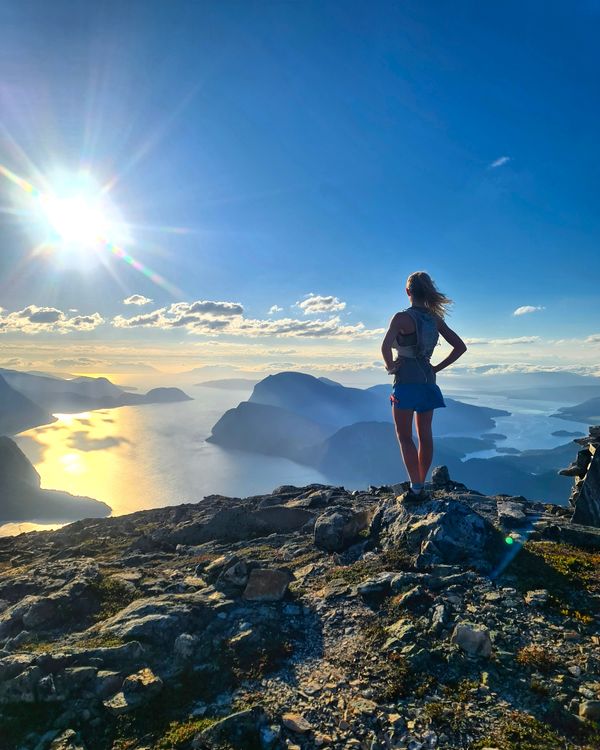 Race reports from 3 races in Norway on a road trip with our van.