We like to do a lot of outdoor sports, so when there is a race when you combine them, we are in!
This time we had the chance to represent Sweden in Winter Triathlon World Championships in Asiago, Italy.
As we do practice some multisport during summer, with running, mountain biking and kayaking, and also adventure racing, we weren’t that unfamiliar with how it works with transitions etc. Though we haven’t been biking so much on snow and not combining it with running and cross-country skiing. But you definitely grow when putting yourself in new and uncomfortable situations. So challenge accepted!

We have learnt before that renting bikes to a race is not a good option (firstly you don’t know the bike as you know your own, secondly, it’s unlikely as good as the other racers bikes, and NO, everything is not about the bike, but the rider, BUT there is also a lot about the bike ... hhm)
So what’s the problem? Bring your own bikes!?
Yes, that would have been best, but we had another trip to Barcelona the days before. Bringing both two bike boxes (they are huge btw) and a big ski bag there was not an option. And since we don’t take things too seriously (Hey, it’s actually only sports!) we rented bikes, but brought or own skis.

Travelling is not resting, we always feel low after flying, sitting in cars and trains. But we had a fantastic run in the morning on trails just outside Barcelona before heading to Italy. The freedom of running is amazing! Anyhow, we arrived to Asiago in the middle of the night. The hotel didn’t seem to know we were coming and in pajamas the owner came down to open without a word. He just gave us the keys and pointed up the stairs. Some Italians are rather non-polite…

The following days we could practice the course, which were a 30 minutes car drive from Asiago. So we had to plan transfers with the organization. Next time we definitely rent a car by our own, so we don’t need to be dependent on others…

The weather was on top with blue sky and sun and it was fun to see everything being built up for the big event. Our rented bikes were a disappointment though. One had small tires and the other was too big. But after trying them out it was nothing more than to accept it. It was fun anyway!
Some slushy snow on the bike course made me scared so I decided to not race with bike shoes as I don’t want to be stuck with my feet if I fall. (bad memories from breaking a rib). Well then at least I would be faster in the transition!

With food poisoned and upset stomachs because of that the past days we were both lacking energies, so we also took the time to rest and try to fill up with carbs. (carbs is not very hard to get in Italy..)

We were happy to represent Sweden on the parade and ceremony with flags, but seeing the other countries with coaches, more athletes etcetera, also made us a bit sad that this sport isn’t bigger in Sweden. Where are everybody!? We know there are lots of athletes out there who practice all of these disciplines!

The morning was very cold and as always on race days you feel a bit shaky and nausea. I read a post on Instagram from Lucy bartholomew that one should be so grateful to be able to even be on the start area and be happy for doing this. And it really gave me the right mindset again! Keep on smiling and have fun. I’ve been injured for so long, so now it is time to enjoy!

I felt that running should be my strongest part but that quickly changed when the start suddenly went off and the girls sprinted away like gazelles! The course went up and down and up and down for 1.4 k and we did 4 laps of that. It was just to try to keep up and let the legs roll. I love running, but those kilometers weren’t fun! I think I was 6th into the transition zone to bike. I just put my helmet on and went off, it felt good to be fast there, since I knew some girls would pass me on the course. I don’t have any biking legs, and with a smaller bike than everyone else it was clear. The bike course that I had feared the most turned out to be the most fun! I felt energized again, the snow was hard packed and I even overtook girls on the downhills which gave me more motivation! I smiled and when Sanna came up beside me I smiled even more! We had the same pace most of the time, but I could also see that she almost had a flat tire, so she must have been struggling! Good for me though so I could keep up XD haha

People cheering, endorphins and sun made everything great! I didn’t care that girls passed me, we should enjoy life more and not look down on ourselves and compare too much with others (don’t know if it’s the right thing to say in a world championship, but for the first time I think we shouldn’t have the bar too high !) The next transition took some more time, I threw my gloves on the ground, kicked off my shoes fast but fippled and took way too much time putting on the ski boots. Sanna and I went into the transition with the bikes at the same time but she was already some hundred meters away on the skiis when I started. A bit frustrated at first, it would have been fun to fight side by side. But then some many spectators cheered on me along the course, I smiled every time, and I decided be happy and have fun!

I did my very best, and everything felt good. But then in the downhills other athletes passed. So I realized the glide wasn’t good, I should definitely have waxed the skiis.. Better prepared next time. On the first lap I saw Sanna stop by a tent by the side of the track. After some seconds she was off again. I didn’t understand why, until I saw a screen with my number on. “OH, WAIT! Should I stop here?!” I asked the marshals. Yes, yes, 15 seconds penalty for not putting all stuff in the little box in the transition area.. (hadn’t notice that rule…) Without that penalty I would have been sprinting with a girl for the 14th position, but now she was too far ahead, and I finished 15th. Sanna 13th. Both of us had blood taste in our throats, and lungs had worked hard. But we smiled and laughed. This had been a blast! We will come back for sure! 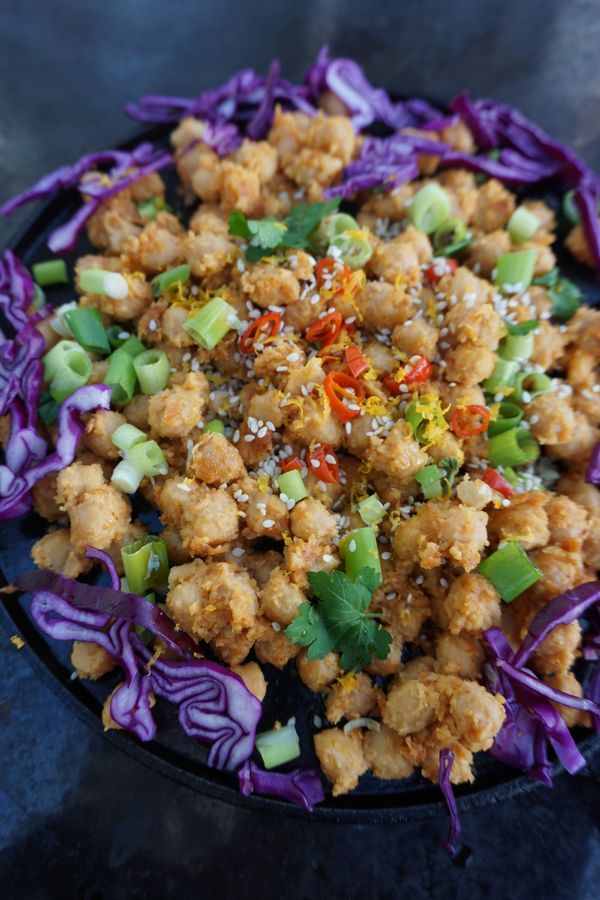 Tasty Orange and Peanut butter covered chickpeas on a bed of red cabbage. 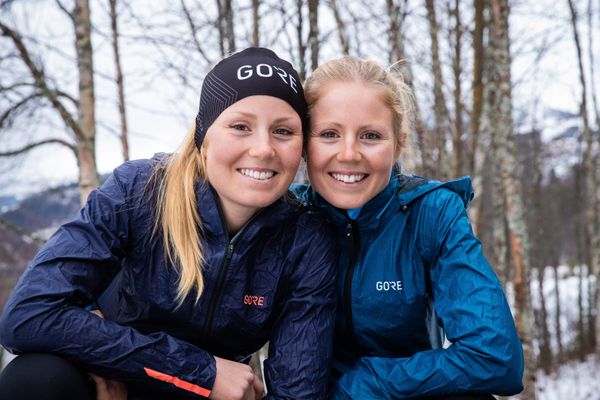 Race Plans for 2020. We will participate in the Skyrunner World Series and hopefully do 8 races there. Other than that we have 4 more races planned.