Once again in Andorra for Skyrace Comapedrosa. 3d time for me. Second time for Lina. She won last time she participated. I have results as 3d adter an epic sprint with Sheila Aviles, and 2019, a fifth place, where I had a pretty good run too. Both of us had good memories from the race.

The course have slightly changed in the beginning and in the end every year, this time too. But we liked it this way. Starting uphill for about 4 k until a little downhill and flattish part to continue the first climb to the ridge before the downhill to Pla d Estany and onwards to the steep climb to Pic Comapedrosa and the long downhill to finish.

We had a totally different approach to this race than on the latest race on Buff Mountain Festival ( That race report only in Swedish.. sorry). Where we didn’t have any good vibes for racing at all. Now we had loaded with family time, and some good training on high altitude in the Spanish and Andorran mountains.

The days before the race we checked the course again. And we felt really good and had heeps of fun, couldn’t wait for run it on a race again. That made us very motivated.
I wrote in my travel diary the day before something like this:
*
24th of july Arinsal
Sitting by the pool and force my jittery legs to get some rest. But it feels good. Very good indeed. I am motivated, will have fun, have a tough time, and also feel joy in the hard effort! I didn’t feel like this at all on Buff, when I rathered had been in my bed with the pillow on my face. I believe I have zero chance to win, or even make it on the podium, but I am happy anyway, just because I can! I have no pain anywhere, and the desire to race and running fast is here. Let’s see if my body will give me something that is called a good running posture. How ever, I will be a mountain goat and not give up. Positive mental thoughts and a little: I CAN FLY, I AM NOT AFRAID!
*
My plan was to run fast in the beginning, as I have always done on this race. Why change a winning stratedgy? I felt strong and was just some 50 metres after Lina as first woman in the first 5 k. When the little downhill and flattish parts started, then Denisa Dragomir, also a Merrell Athlete, passed me. I have just waited on her to come.. I fell in a slippery part, much blood, but it didn’t hurt. I continued in a good pace, and was still 3d on the climb up to Pic Comapedrosa. But I hadn’t found any good flow in the downhill. And soon Iris Pessey, a very good uphill french runner passed me too. I couldn’t keep up. But I had fun. This was fun. I felt fresh air blowing in my hair on the top, and took a second to breath in before heading downhill again. I wouldn’t mind taking a swim in the lake we passed, just as Lina and I had done the days before while checking the course. The crystal clear blue water looked very inviting.

I didn’t really find the flow downhill until after the hut a few kilometers down. Actually when Guillem Casanova followed me filming a few metres. Then something got on fire in me. And I got a runners High moment, and had fun all the way down to finish. I got just outside the podium, Lina 3d. And both of us were very happy. We had had a great time in the mountains with a bunch of other runners!
Now we are in Pitztal in Austria, preparing for Pitz Alpine Glacier Tral 45 k. 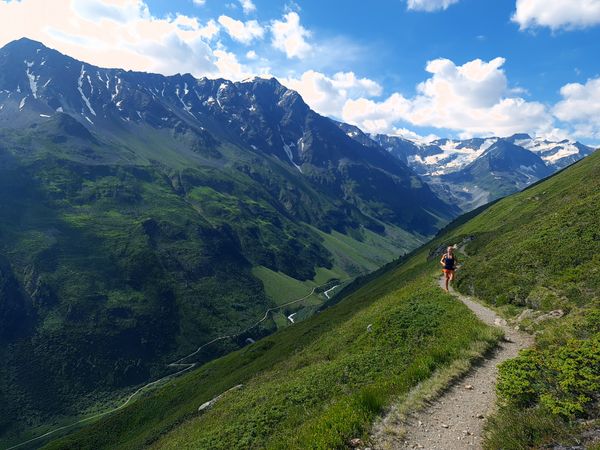 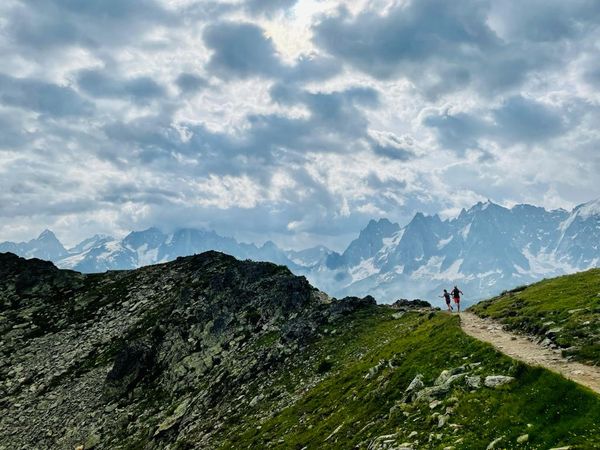