We are ambassadors for the Pitztal Destination, and also a partner to the Vier Jahrezeiten Hotel in Mandarfen. It is a 4 star hotel with a good location just next to the gonola lift, the river and trails. It has a SPA, and a big restaurant where they offer a vegan menu aswell.

Lina and I came about a week before the race, so we had plenty of time to do some longer runs. Even though it is the 4th time we are here, there are trails we haven’t discovered yet. So after some days we were filled with memories and also some lactic..

Dad came to share the days with us there, and we did some hikes and trips out from the valley too. Ebiking from Lech was a highlight!

Race day. Compared to last year, we started 5am in the morning instead of 2am. Which meant headlamp would only be needed for 45 minutes until the sun came up. The race field wasn’t very big, since on the shorter distnace 30 k, was in the national golden trail series, so the best runners had stuck up there. We realised this afterwards, beacuse we didn’t know about the national series.. How ever, the 45 k glacier course is much more spectacular, and we might have chosen that one any way.
In the start we sprinted first and came up on the trail towards Middagskogel in the lead. No strong guys either apparenlty. (Or we are too stong, :P ) .

One guy passed me and ran with Lina up to the top, just about 70 metres in front. My legs weren’t very fresh. I felt I could run okay, but they were heavy. When you know a better feeling, you know. And I knew, these would be like this the whole way, so it was just to accept and try to push anyway. I caught Lina just before the glacier section. It was very fun on the way towards the hut and all down to Mandarfen. The guy just in front, and dad filming and cheering. We were alloud to leave our crampons and headlamps before next climb up to SunnaAlm and Tacuhershaus. Lina saved some time by using my dropbag as well, so we left at the same time. She exploded up towards Sunnaalm, and I couldn’t really keep up. But by Riffelsee I was very close, and we had a gap of 50-80 metres all the way towards Tachuerhaus. Isn’t it frustrating when you try to catch one in front, but they have the same pace, and when you speed up, the do too?! (reffering to Lina..)

Some days before the race, we had run the trail towards Tachuerhaus. A very nice like a balcony trail. And we had so much energy, could run fast, and bounced up and down. Do I have to say I didn’t really felt the same on the race..? My legs ran slow, but what kept me postive was that I overtook people from the 30 k course all the time, and noone overtook me.

I always try to have the mantra ” they are more tired than I am”.
After Tachuershaus it is only 7 k downhill left, first on a little trail, and then 6 k on gravel. I wanted to catch Lina, but had so much stomach ache, called ”håll” in swedish, it is like cramp, but in the stomach. I don’t have any good word in english for it. Now afterwards I have read that I should breathe deep in- and outhales. So I will try that next time it appears to get rid of it. Out on the gravel I could see Lina even closer even though my pace had decrese rapidly. She was walking! And I could see she had the same problems as I. Once I caught here both of us were bending forward in pain. It is really hard to run.

We encouraged eachother, and non of us had the fighting spirit against eachother anymore, that I had had just 2 km before.

We ran down the last together and finished first overall this year.
The weather was super with sun, blue sky, but still some wind and about 15 degrees.
In the afternoon we went to the other ski area and hiked with dad. 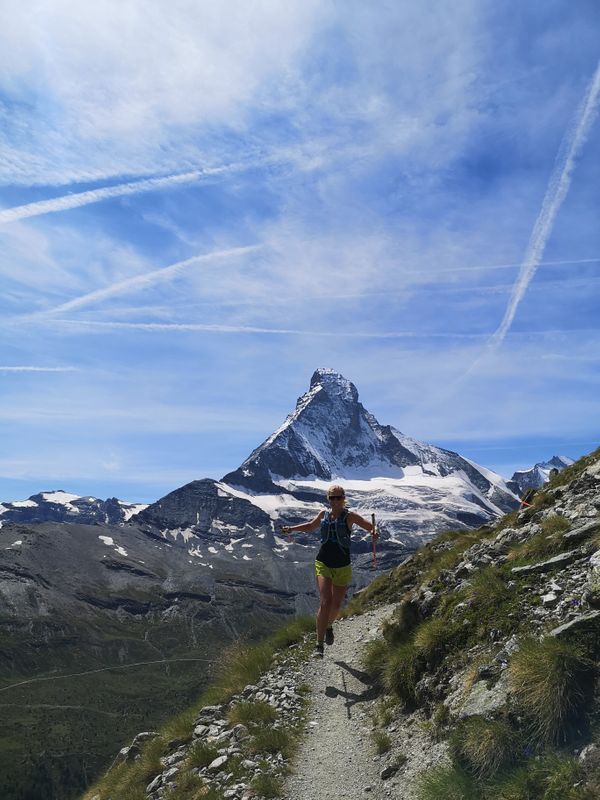 Matterhorn Ultraks Extreme Race report. A very demanding and technical skyrace that has it all. Steep and technical, runable soft trails, hard, rocky and touch, snow, glacier and a breathtaking view. 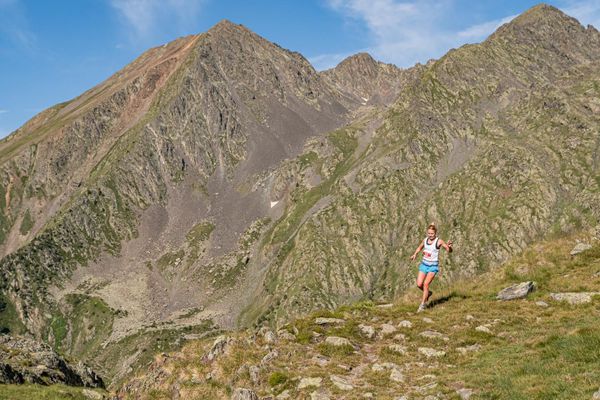 Skyrace Comapedrosa Race Report. Finally a good feeling in our legs, and running with joy!