One week after race. One week at home. One week with stiches. One week of no running. How did that happen? Well. Let’s take it from the beginning.

Our plan was to be away about 15 days, to the 19th of September, with visits in two Italian regions, for the European Championship in Vertical and Skyrunning (La Veia Skyrace), and the week after ZacUp Skyrace which is a part of the Migu Run Skyrunner world series this year, and then a trip to London for a Gore Event.

We got very welcomed and surprisingly taken cared of on our arrival to Italy. The race organizers had planned trips and food for us in the mountains, with a little group of other athletes. Fanny, Lina and I got a very nice apartment to stay in, the view was so beautiful over the valley and mountains!

The weather during our stay was good until the afternoon on the Vertical Race day, 3,4k and 1100hm. Then the rain started. But actually, it is both fun and nice to run in rain, and I think after all, every runner appreciated some cold during the race. It was a special VK. It started in a little village and half of the course went through steep, narrow streets and blocks and stone stairs, it passed the church and finally on the forest trails and some grassy sections. On the forest it was combined zig zag and short cuts straight up. Very steep. We had tried it the day before, without poles. On the race we used them. I think it was good, but don’t really have a good technique for it. We discussed that it would be fun to race two times, one with, and the other without poles, to compare what would be the fastest.

It was individual start, 30 seconds in between. We were some of the last girls to start. Lina about 6 minutes before me. She hadn’t any goal but finish with good feeling and finally be able to feel the lungs work hard! (since she has been injured for ONE YEAR now, and had a second knee surgery 3 months ago).

I just wanted to be proud of myself. Putting some pressure on my shoulders. Sometimes that feeling is satisfying. As I ran (and walked) the poles got stuck in the cobblestone several times, so they weren’t on a very good use the first part. There were quite many spectators along, but I only focused on putting my feet forward as fast as I could. The rest just went as every VK. Really hard to breath, aching legs, or I mean freaking aching body, and a lot of cheering (shouting) on the sides. I pushed the last and collapsed on the open grass area.

After some minutes I realized the weather was only good for running, not for standing still, so we headed down. But what a fun race! Both of us were full of adrenaline afterwards and cheered on the other runners and talked and talked and laughed all the way down to the apartment again. The pasta party was later that evening, but we had some more “El Kott style” food to begin with before we went there. We were in a good mood after the race, both of us felt better in our legs after they had been working hard. Lina was really happy to have a proper, kind of tough training session. We finished 10th and 13th in a very strong field. *

Friday was just a day before the race day, 31km and 2600 m of elevation gain. Legs were fresh at Saturday morning, and we jogged slowly up to the starting point. Really cold, and some people told us there was snow up on the peak. Hmm, and tank top anyway?? Well, at home we often run only in that, and the windproof jacket was mandatory anyway. I packed my Ultimate Direction tank top on the back pockets with the jacket and two Maurten Gels. They have a very natural taste, and so far I’m happy with them!

The start was in a downhill, so I tried to really be fast there so I could be one of the first women on the trail. I manage to be third on the first part. But the trail went from steep to traverse for some time, and then some more passed me, so I was maybe 9th. I tried to stay close to Gisela Carrion after she and Fanny had passed me. I didn’t let her go more than 50 meters. I wanted to do good in this race, and neglected every “tired” feeling my mind would tell me about. When we passed the first checkpoint, a refuge, I felt really strong again, and sprinted to catch Gisela and two guys. As the terrain got a bit trickier, I saw she was slowing down, and so I felt faster. I then easily passed, and could soon get a glimpse of another Spanish girl in front. I passed her too in a technical part with a lot of big rocks. Now there were traverse again, but this time I felt I could run faster. It was windy and cold, just how I like it!

At km 8 I approached another girl’s back, and when we were three runners behind her, I asked her if we could pass. No reaction.. It was steep on the side, so I couldn’t do it. After a short while I got a bit stressed, I wanted to run faster now when I felt I could! “please, can we pass?!” a bit frustrated. I think she move an inch to the side. But not enough so I could fit, when I tried to pass, I slide down on the side, the guy behind me were fast to grab my arm and lift me up on the trail again. But ouch, that hurt. Filled with more adrenaline I caught the girl again, and didn’t ask, I just said loudly “NOW I AM PASSING!” and jumped before her and left her behind. What a great feeling to just feeling her disappear back there. But ouch what my leg hurt, It must have been a big smash…

I just kept on running another 2 k and then it was time for the climb up to the highest peak. There were people there cheering, but their faces looked somewhat surprised as I passed them. Then I saw the blood. Oh, I thought it only was a big blue mark. BUT OH DAMN. I’M SHOT! I could see my flesh and everything, my bone? I didn’t want to look, I tried to feel if I could feel pain, but not soo much pain. I started to walk because I was concerned. Is this bad? Can I continue? Do I have to retire? I want to continue, I’m so full of energy, this is fun. OH shit, what to do?! I cried a little bit, but then that girl came again. And it was as if something just turned black. YOU ain’t gonna destroy this race for me. I’m gonna show you! SO I didn’t put one more glimpse on the wound (or I would have thrown up, I’m really sensitive to blood and wounds) and just focused on the running part.

Quickly I passed her again and kind of showed her, this is how you scramble. (because it was the last part up the top). It was a crazy wind up there. Really cold, which was good for my leg though. But I almost tumbled down because of the wind, (Lina told me she also felt like a glove at some parts). Many people cheered here as well as on the way down. A few asked if I was Okay, and I actually was Okay. Everything went really well. I felt comfortable in my running and felt strong. The view of the 4000m Swiss ridgeline was covered in new fallen snow and made the whole race worth coming back for. The course is very fun I can tell you!

However, with 4 k to go the girl passed me again, and this time it was very runnable, so I couldn’t catch her again, though she fell just in front of me on a slippery wood bridge right after she had passed me. That's must have been KARMA.

I knew the last 3 k very well, since we ran it with the group, and then Lina and I came there a second time when we checked the VK. So that part I just ran everything I had, and it was so fun! I knew Lina would feel the same, these very runnable last sections in races are always great!

In the finish line I was happy about my 6th place, but then I realized my shot wound, it really looked like a really bad made makeup wound for a movie. I got helped to clean it, and now, when the adrenaline was getting away, I could feel the pain coming slowly... They wanted to drive me down to the hospital to SEW immediately! I heard that Gisela Carrion was already there, she hadn't finish, because she fell and broke her rib... I felt sorry for her.. I wanted to wait some minutes for Lina, and when she came in she looked so happy on the stretch to the finish, I got warm in my whole chest.

I hugged her and she said “THIS WAS SO FUN!!” then it just slipped out of my mouth “I have to go to the hospital”. AS soon as it left my mouth, I regret I didn’t save a few minutes before telling her. We could have had a great time in the finish area first. But now her happy eyes were gone and she looked really worried. The happiness was blown away. I calmed her, and said it was only a wound. But however, this only wound made us cancel our next coming plans... I had 8 stiches and a bandage around my leg, and were restricted to take antibiotics for a week, and no running of course until the stiches were take away 2 weeks later..

SOO unnecessary to do that passing of that stupid girl.. I am bad on not thinking “WHAT IF” all the time. But in fact, we all just have to accept situations like this, it’s not the whole world. We had a good ending of the day after the hospital visit anyhow. A great dinner with the organizers and the group of athletes from the first days, many new friends made, and some more experience. By the way I got a European Championship silver medal for combination Vertical and Sky.

I am so happy that Lina was with me on this trip, but really sorry I screwed the rest of our adventures to come that week. But who doesn’t love there home too? We have already been out together on the bikes and roller skies, and my wound is heeling good. I just miss running. But soon, we both will see you on the mountains again.

(SEE PICTURES BELOW THE TEXT) taken by Jordi Saragossa, Roberto Motta, Jan Margarite Soles and ourselves.* 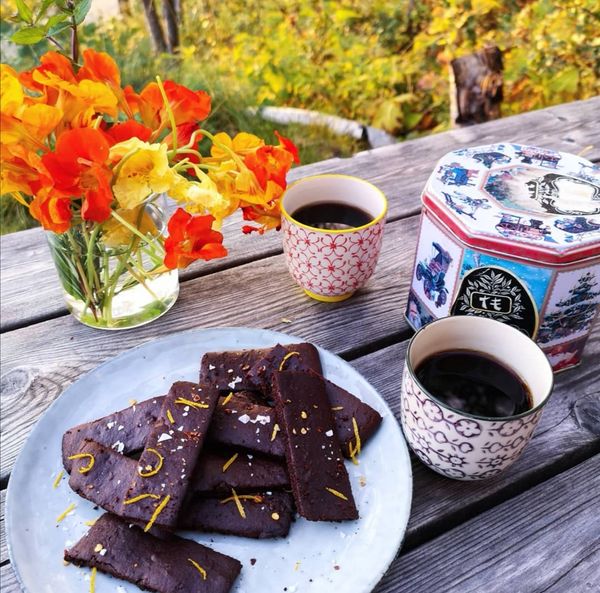 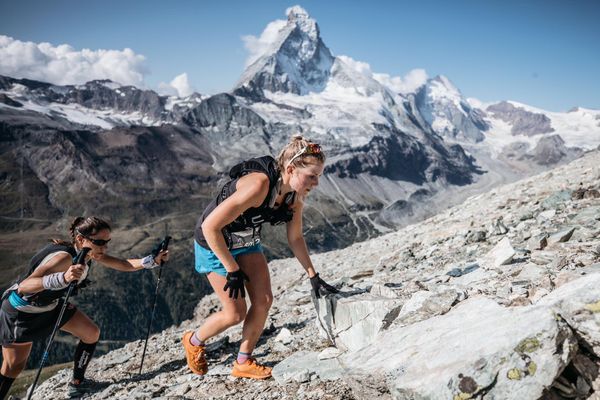